DC axial fans are very versatile, that is, the airflow in the same direction as the axis of the blades, such as electric fans, air conditioners, and external fans are fans that operate in axial flow. It is called "axial flow" because the gas flows parallel to the fan axis. Axial fans are usually used on occasions with higher flow requirements and lower pressure requirements. The DC axial fan fixes the position and moves the air. The axial flow fan is mainly composed of the fan impeller and the casing. The structure is simple but the data requirements are very high.

What is the difference between a DC axial fan and a diagonal fan?

Is the DC Axial Fan For Cabinet installed on the outside window of the plant supply air or exhaust air? 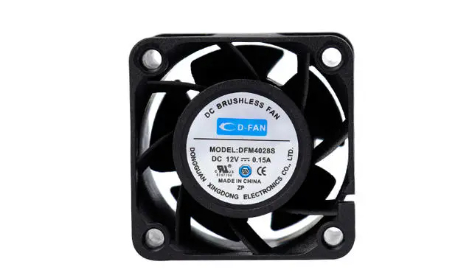 What is the difference between a DC axial fan and a diagonal fan?

A diagonal flow fan is a kind of axial flow fan with high outlet wind speed but small flow. The outlet wind speed is high, and the wind pressure is also high, so it can be used to adjust the pressure. It is different from the DC axial fan, the axial flow fan generally has a lower wind pressure and a larger flow rate. It is mainly used in the longitudinal ventilation system of highway and railway tunnels. Fans are generally hung on the top or both sides of the tunnel. They do not occupy traffic areas and do not need to build additional air ducts. The construction cost is low. It is a very empirical ventilation method.

When the impeller of the DC axial fan rotates, the gas enters the impeller axially from the air inlet, is pushed by the blades on the impeller to increase the energy of the gas, and then flows into the guide vane. The guide vane changes the deflected airflow into an axial flow, and at the same time introduces the gas into the diffuser tube, further converts the kinetic energy of the gas into pressure energy, and finally introduces it into the working pipeline. The blades of the DC axial fan are generally rotatable, and most of the DC axial fans are equipped with a set of blade hydraulic adjustment devices. When the fan is running, through the blade hydraulic adjustment device, the installation angle of the blade can be adjusted and maintained at a certain angle, so that it still has a higher efficiency when working under variable conditions.

Is the DC Axial Fan For Cabinet installed on the outside window of the plant supply air or exhaust air?

Dongguan Xingdong Electronics Co., Ltd has developed a variety of different DC axial fans and conducted a large number of tests before leaving the factory to ensure the quality. If you are in the DC axial fans business, you can consider using our cost-effective products.