What are the features of the DC Axial Fan?

At present, the voltage of the fan we produce is DC voltage, and a fixed electronic switch (such as Hall IC) is used to replace the brush, and the current switch is implemented to drive the rotor to continue to run. It is called a "DC brushless fan", also called "DC axial fan". Xingdong mainly has 5v, 12v, 24v, 48v and other DC axial fans. 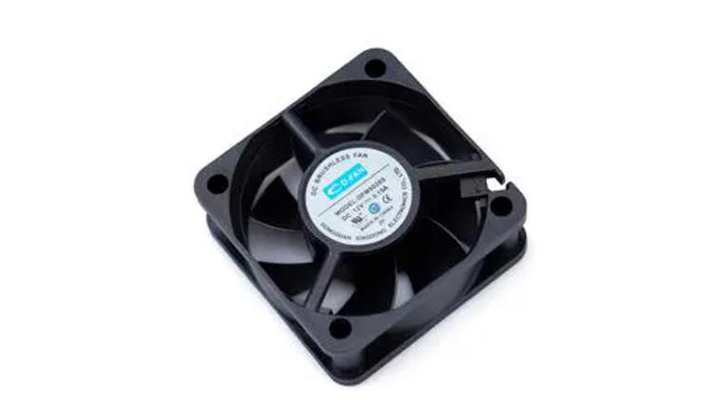 What is the operation principle of DC Axial Fan?

DC Axial fan is a fan that is forced to flow along the axial direction by the thrust action of blades. It is usually composed of motor, impeller, casing, and shaft, etc. When the prime mover drives the impeller to rotate in the enclosure, a certain installation Angle between the shaft and the propeller-like blade produces thrust on the gas, which pushes the gas to flow continuously along the shaft direction, so that the gas is continuously inhaled and discharged.

What are the features of the DC Axial Fan?

Because of the impeller strength and noise and other reasons, when the circumferential speed of the outer diameter of the impeller of the DC axial fan is high, the noise will be larger than that of the centrifugal fan.

The blades of the axial fan make the air flow in the same direction (parallel direction) as the shaft.

The impeller of axial flow fan is a little similar to the propeller. When it works, the flow direction of most of the air flow is parallel to the axis, in other words, along the axis.

The axial fan consumes the lowest power when the inlet air flow is free air with 0 static pressure.

During operation, power consumption will also increase with the increase of air flow back pressure.

Axial fans are usually installed in the cabinet of electronic and electrical equipment, and can also be integrated with motors. The compact structure of axial fans can save a lot of space, and it is easy to set, so they are widely used.

Square cooling fans seen on the market can basically be classified as such.