What is the AC Axial Fan?

This low-voltage AC axial fan has many different characteristics in terms of structural configuration, design method, and internal flow phenomenon, and it is not easy to grasp the fan's low-noise design and internal flow mechanism. The research on noise reduction of this kind of AC axial fans at home and abroad is mostly carried out by experimental means or some specific methods after the blade is formed, while the research on the curved and swept design of the air-conditioning fan to achieve its performance improvement is rarely reported.

What are the classifications of AC Axial fans?

What are the principles of AC Axial fans?

What are the advantages of AC Axial fans? 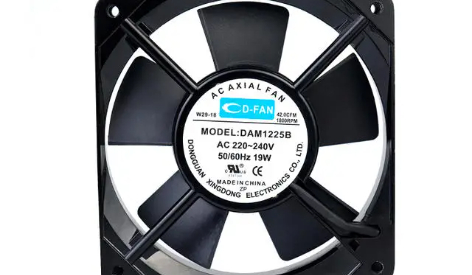 What are the classifications of AC Axial fans?

What are the principles of AC Axial fans?

The design of the new AC axial fan is based on previous hydrodynamic research and existing quasi-three-dimensional design methods, using leading-edge swept technology and applying CFD/CAD combination methods. CAD estimation of the structural features of typical prototype wind wheels, use commercial software FLUENT to perform full three-dimensional CFD calculation to investigate its external and internal flow characteristics, and compare and analyze with experimental results; use conventional methods to make preliminary quasi-three-dimensional impeller design, and perform CFD calculations to investigate its external and internal flow characteristics; Compare and analyze the CAD/CFD results of the prototype fan and the new fan, adjust the relevant parameters of the initial design to achieve a better aerodynamic layout plan; use CFD to predict the adjusted fan performance, and further adjust the correlation according to the calculation results The parameters are further optimized for the AC axial fans.

What are the advantages of AC Axial fans?

1. The aerodynamic performance of the new AC axial fans remains basically unchanged. Under the migration, the measured noise of the new axial flow fan is 0.5-1.3dB (level A sound pressure level) lower than that of the prototype wind wheel;

3. The AC axial fans basically eliminate the separation of the leading edge of the prototype fan in the middle of the wingspan.

It is the responsibility of each manufacturer to produce AC axial fans that meet the standards, so as to ensure the safety of the electricity supply and the healthy development of the cable market.  It conducts many tests on AC axial fans before they leave the factory, and the quality qualification rate is guaranteed. If you are in the Dongguan Xingdong Electronics Co., Ltd. business, you can consider our cost-effective products.