What is the design of system cooling using DC Axial Fans?

Cooling has a key role in today's electronics, as the life expectancy of passive and active components is highly dependent on the way of transferring the heat generated by their electric current towards the surrounding environment.

The geometry of the used DC Axial Fan 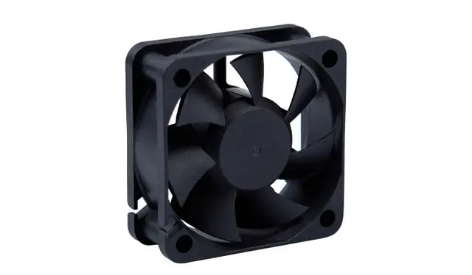 The most important design aspect is to leave sufficient space for this flow around the most heat-critical parts concerned, the DC Axial Fan and its power supply, paying special attention to at least the proper air intake and exhaust vents. If these criteria are taken into consideration during functional design, an important step is taken in the direction of reaching the maximum performance of the application and avoiding later stage compromises between functionality and sufficient cooling.

When applying active air cooling it is possible to suck warm air out of the chassis or blow in cold air to the components. Although in these solutions nearly the same volume of airflow can be used for cooling, both arrangements have their advantages and disadvantages. Air drawn into the DC Axial Fan flows laminarly providing uniformly distributed particle velocity in the chassis, therefore no hotspots and stagnant air are present. The air exhausted by the DC Axial Fan becomes turbulent, which offers twice as better heat dissipation than in laminar flow with the same volumetric flow rate. But this turbulent zone is concentrated near the exhaust of the DC Axial Fan and due to possible recirculation, a huge loss in airflow may happen inside the chassis if the air velocity profile is not well defined and the airflow path is not developed by using huge vents and air bafflers. During design it is advisable to use natural convection as well, warm components should be placed above cool ones, huge components should not block the airflow from small ones.

The geometry of the used DC Axial Fan

Before going deeper into required airflow calculations, it is very important to decide about the geometry of the used DC Axial Fan. When requiring high volumetric airflow, it is advised to use an axial DC Axial Fan, in case we have to overcome a high static pressure a radial blower can be used. As this article is about axial DC Fans, we do not detail the selection of radial blowers, in case it is necessary to increase the pressure, we choose other methods such as e.g., using multiply axial DC Axial Fans in a serial arrangement.

Although the proper DC Axial Fan selection depends on many factors, the first stage in designing a forced air-cooling system is to determine the required airflow volume. This is primarily defined by the total heat generation of the system, and the allowed maximum temperature rise.

Further reducing noise at even the optimum operating area can be also important selection criteria, it is advised to select the DC Axial Fan with the highest possible diameter. Bigger sizes mean lower speed, therefore less bearing noise. This is however against today’s miniaturization trends, we should use small, thin DC Axial Fans wherever and whenever possible. If the desired operating area cannot be reached by a single small DC Axial Fan it is possible to use multiple DC Axial Fans next to or behind each other. This arrangement will negatively influence noise and mathematical lifetime expectancy but offers redundancy, which supports system reliability.

Dongguan Xingdong Electronics Co., Ltd. has developed a variety of different DC Axial Fans. If you are in the DC Axial Fan business, you can consider using our cost-effective products.